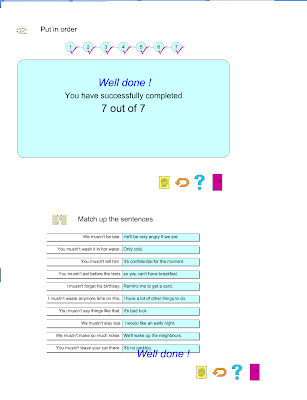 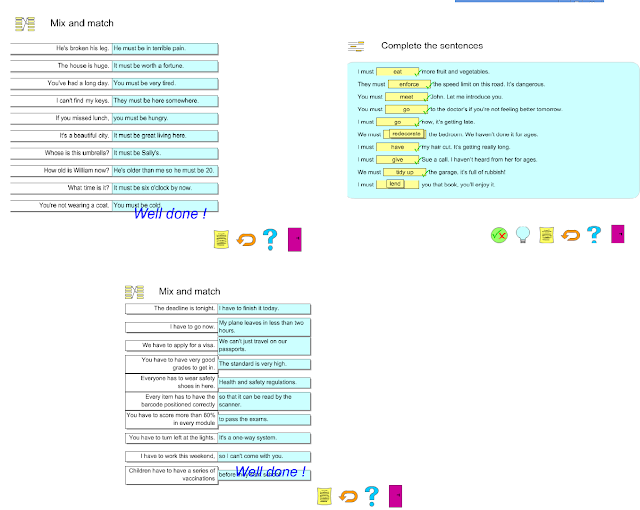 1.- This quiz was written very quickly.
2.- This qui was designed for learners of English as a second lenguage.
3.- That movie has been seen by many people.
4.- The accident happened last Tuesday.
5.- My car was stolen yesterday.
6.- The thieves were caught by the police.
7.- The San Diego Zoo is visited by millions of people every year.
8.- Housing prices were rising rapidly. Now ther are going down.
9.-The mail was delivered late yesterday.
10.- My car was made in Japan.

Your score is: 100%.
You have completed the exercise.
Show questions one by one

1. Many species of wildlife are becoming extinct, __________ the rainforests are being destroyed.
therefore
since
so
consequently
2. __________ logging provides jobs and profits, the government is reluctant to control it.
So
Consequently
Due to
Since
3. Hemp can be used to make paper, __________ it could reduce the need for logging.
therefore
so
due to
because
4. Hemp was grown throughout history __________ its versatility; it can be used to make many different things.
due to
because
since
as a result
5. Hemp is related to the marijuana plant; __________, it is illegal in many countries.
so
because
due to
as a result
6. Hemp cannot be used to produce marijuana, __________ its low THC content.
because
as
because of
consequently
7. Marijuana is less toxic than alcohol or tobacco. __________, some people believe it should be legalized.
So
Therefore
Due to
Because
8. __________ Canada has legalized hemp farming, we can expect to see pulp and paper produced from hemp very soon.
?    Therefore
?    Due to
?    So
As

Your score is: 100%.
You have completed the exercise.
Show questions one by one


Waiter: Good morning, May I help you?
Metzli: Good morning, I’d like a table for one please
W: Ok, there’s one next to the mirror, follow me
W: Hello I’m Alejandro and I’m your waiter today
M: Could I see the menu, please?
W: Certainly

Here is the link, enjoy and learn!

Complete the sentences using the words listed in the box below. Positive and negative forms can be used. Some gaps may have more than one answer.

might                       must                       should
1. Nancy said you didn't need to buy her anything for her birthday, but I really think you must at least get her some flowers or a nice bottle of wine.
2. Debbie said she was really busy this week, but I think she might how up at the party if she doesn't have to work overtime on Friday.
3. Nina said she would come over right after work, so she should be here by 6:00.
4. Oh my God, he's unconscious. Don't move him - he might have internal injuries. Somebody call an ambulance.
5. You must be kidding! That can't be true.
6. Dan: Where's the remote control? I want to change the channel. Fiona: I don't know. It should be under the couch. Or, perhaps I absent-mindedly took it into the kitchen. I'll check in there.
7. We should invite Sally and her husband to come to the picnic on Saturday. We haven't seen them in weeks, and they should really enjoy a nice day at the beach.
8. Tim: While I was a student, I spent a year and a half studying Pygmy culture in the Central African Republic. My research focused on unique aspects of their social structure and religion. Samoan: That must have been absolutely fascinating!
9. We had better call Tony to see if he's at home before we go over to his house. He must be there and we don't want to drive all the way over there for nothing.
10. I would love to go on the cruise to Tahiti with Robin and Michelle. But such a luxurious trip might cost a fortune. I doubt I could afford something like that.
Publicado por Acosta Juan en 13:44 No hay comentarios: 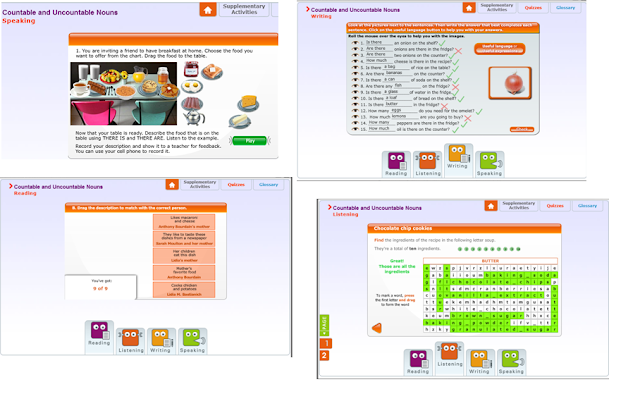